This is the ninth log entry of my ‘exploratory journey’. I’m developing a practice-based Ph.D. thesis in Media Arts titled “Transmedia Storytelling and Speculative Worldbuilding: Graphic Literature and Cinematographic Strategies in the Construction of a Transmedial Franchise”. I’ve recently changed my research question to one that better reflects my goal: what are the appropriate strategies to develop a transmedia model based on a speculative fiction storyworld?

I’m working with a small team on a graphic novel that will be a kind of calling card for the storyworld I’ve built, and spearhead my strategy to launch a Portuguese transmedial franchise. As part of my strategy, I will create a transmedia bible to present the project to animation studios after I publish the graphic novel online; the webcomic will debut in December and the last pages will be published four or five months later, in 2022. 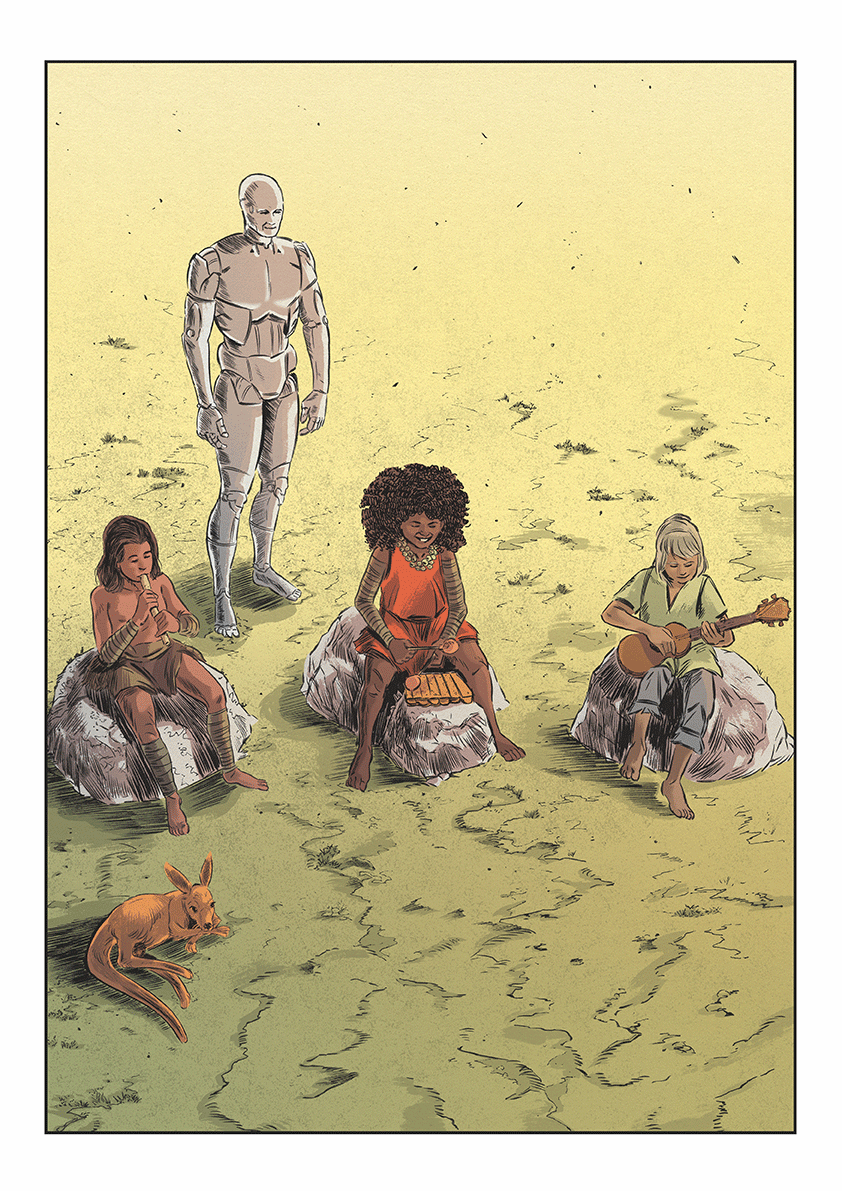 For a better understanding of what the big companies are looking for, I’ve participated in two contests that helped me to better understand my project and how to present it. In August 2020, I sent my project to a contest organized by the Portuguese Institute of Cinema and Audiovisual, and Netflix. In March 2021, to a contest organized by Skydance Television, and Imagine Impact. The main goal of participating in these contests was to improve my project and prepare myself for launching a transmedial franchise after publishing the three main stories I’ve created for the Chronicles of Time and Space storyworld: “Uluru”, “Vidalia”, and “Dragon Head”.

For the Netflix contest, I tried dividing the “Uluru” trilogy into a six-part miniseries with the possibility of having a second season with the “Dragon Head” narrative arch. The spec script I wrote was divided into two parts: the pilot episode and the second episode. The six episodes would be thirty minutes long, exploring themes such as technology and authority. On the declaration of intentions, I mentioned a few references for my approach to the relationship between people and technology (focus on AI) and authority (focus on biopolitics): “Her” (2013), “Ex Machina” (2014), “Westworld” (2016), “The Handmaid’s Tale” (2017), “Altered Carbon” (2018), “I am Mother” (2019), “Devs” (2020). I also mentioned that the “Uluru” narrative is a coming-of-age story and part of the post-post-apocalyptic genre, which contains stories such as the novel “A Canticle For Leibowitz” (1959), the comic “Nausicaä of the Valley of the Wind” (1982-1994), the videogame “Horizon Zero Dawn” (2017), and the TV series “See” (2019). In the description of the main narrative lines, I mentioned a few subthemes such as identity, free will, determinism, and what it means to be human; I also made a description of each episode, which was extremely helpful for the production of my comics’ trilogy. I have now a better grasp of what I want to tell with my story and how to achieve it. 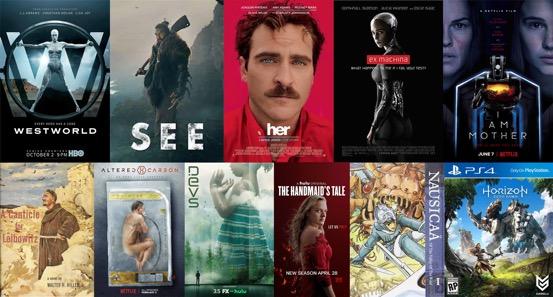 For the Skyline Television contest, I created a three seasons sci-fi anthological TV series titled “Chronicles of Time and Space”. When summarizing the project, I explained that the “Chronicles of Time and Space” is an anthology TV series with three seasons in the same storyworld, therefore connected. The first season is about the coming of age of a young 2.0 human called Uluru; he is born 200,000 years in future Australia and is part of a project to reintroduce humankind on Earth. The second season takes place 500 years after Uluru is born and takes place in Africa, in the Empire of Petra. The third season is a prequel and takes place on terraformed Mars; in this last season there’s more information about the project of reintroducing human beings on planet Earth (the arks), and how Mars reacts to the blackout and lack of communication with planet Earth in 2156 CE.

The first season is the adaptation of Uluru’s two monomyths (the same structure I created for the Netflix contest but with longer episodes). The second season would be Bia’s narrative arch, the narrative I’m currently calling “Dragon Head”. The logline for this season is as follows: a privateers’ daughter of the empire of Petra accepts the task of traveling to the other side of the world in search of a lost underground city populated by immortal beings trapped in a virtual world. The third season would be about Vidalia’s narrative arch. The logline I sent to this contest says the following: when a young post-human Martian woman discovers that Mars is not the birthplace of humankind she loses her religious beliefs and starts trying to share that information endangering her life at the hands of aggressive zealots.

For this contest, I focused on the main characters of my anthological TV series that live in the storyworld I’m developing. On the section about the characters, for the question ‘What is unique about your characters and why do you think audiences will emotionally invest in their journeys?’, I tried to explain in a succinct way why my characters are special: the artificial sentient entities in my story are copies of human minds (mind upload) and they consider themselves part of the human species. The protagonist Uluru is divided between his dependence on the machines and a simpler less high-tech kind of life. This story will tackle contemporary issues such as technology, power, othering, humanity, etc. The protagonist Bia had a difficult upbringing and she has a cynical vision of the world, but she will end being a very important element for the future of humanity. The protagonist Vidalia is a victim of her upbringing and tribal beliefs but she will emancipate herself from corrupt leaders and misinformation.

There was a section dedicated to which director and star I would like to work with. I chose Denis Villeneuve because I loved “Blade Runner 2049”, and I chose the upcoming star Alba Baptista because she’s Portuguese. The thematic focus of this contest was ‘Grounded, Elevated Sci-Fi’, therefore they had a question on why do I love the genre. I answered that all my favorite narratives in all media (literature, comics, TV, cinema, videogames) are science fiction. The thought-provoking narratives – “Donnie Darko” (2001), “Inception” (2010), “Ex Machina” (2014), etc. – are my favorite, but I don’t say no to action movies like “Predator” (1987). I enjoy diversity and good stories.

Answering my Ph.D. research question will not be an easy task, but I believe the participation in national and international contests will help me reach the appropriate answer.

For more information about the project: